I know…I know…another house related post.  The thing about purchasing a renovation house is that it becomes your entire world and is pretty much all I think about during both my waking and sleeping hours.  It also puts me in a pretty good position to share about unforeseen issues because we have (unfortunately) had plenty of those!

As is standard with any house purchase we had a survey done before we put in an offer and it threw up the usual problems you would expect with a house of this age.  Gutters would need replacing, pipes were a little bit worn, windows would probably need to be updated in the next 10 years…on and on the list went but nothing seemed too large to be dealt with and so we duly put in an offer and moved forward.

As you may have noticed since if you’ve followed my Youtube updates we have run into various problems (such as having to move out again as we have the whole house re-wired) and so I thought today I’d write a post about some of the other unforeseen issues you can sometimes run into when purchasing a house and how to look out for them:-

The electrics
I’ll start with something I can 100% speak about from experience.  Our survey picked up that there was a new fuse box and that the electrics were most likely okay.  On this basis we didn’t feel it was necessary to have an additional survey done but I so wish we had.  If you are purchasing an old house and there is any likelihood that the wiring has not been recently replaced then I would suggest having additional checks made, even at your own expense.  We called in an electrician to move a light switch in Eli’s room which should have been a pretty simple job and found that new wires had simply been attached to old wires and that the actual wiring was over 50 years old and completely in pieces.  We have now had to come up with an extra couple of thousand pounds to have the entire house rewired and we’ve had to move back out to get this done as promptly as possible.  It became something of a necessity when one of the light switches gave James an electric shock!

I think this also should cover the central heating and boiler if there is no evidence that it has recently been replaced.

Asbestos
Asbestos is one of those things which, hand on heart, I thought had been over and done with, until it was flagged in our survey as possibly being in the garage roof.  I was aware that it had been in old houses and that it caused health issues but I didn’t really understand the extent that it is still present until I read this post by Your Legal Friend.  Asbestos kills around 6,000 people every year which is absolutely shocking!  We know that it is not in our home but it may possibly be in the garage which we are planning on taking down at some point in the future.  Due to this we will have to arrange for additional tests to be carried out and if the asbestos is present then we will need to have specialists remove the roof rather than doing it ourselves, disturbing things and running the risk of health complications.  If you have any question marks about whether asbestos is in your home then have it tested.

Japanese Knotweed
Japanese Knotweed is an invasive plant which can cause serious structural damage if it gets into your property and is left unchecked.  If you have a survey done you should receive information about what to look out for but it is important that you check for yourself.  Your local council should also have information about whether your property is in an area which is affected by this aggressively growing nuisance.  In fact, its growth is so rapid that if you spot it and fail to treat it then you can be issued with an Antisocial Behaviour Order and fined up to £2,500.  Definitely worth having a quick check.

Damp
Damp is one of those tricky blighters which it can be impossible to spot until you start peeling back the layers of your home.  It can be papered or painted over, or covered with new flooring and unless it is a persistent problem you are very unlikely to realise it is in your home until it’s too late.  That said, there are some things you can look out for: discolouration of walls and ceilings, condensation in windows or a musty odour in the property.  If you’ve already moved into a property and discovered damp then it is going to cost you, but it is certainly a problem worth fixing sooner rather than later and one well worth calling in the professionals for. 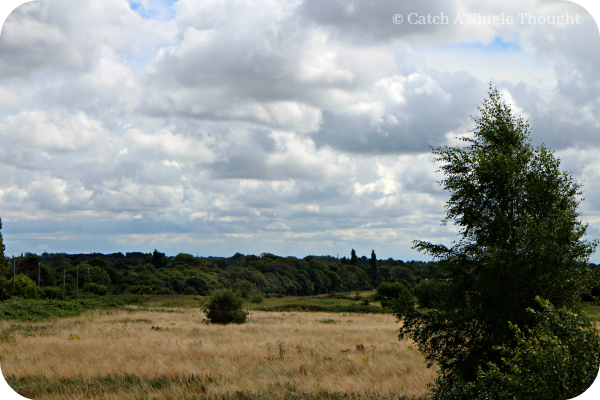 Future developments
There has been a huge upsurge in property development all across the UK and if you are looking to buy a house which is surrounded by open land then it is worth doing a little research to see whether that land is likely to be bought and built on in the near future.  This was something which actually affected our decision to pull out of the first house we put an offer in for; it backed onto some stunning open farmland with views for miles but shortly after we put in an offer we discovered that the farmland had been sold and hundreds of new houses were about to be built, and would end up overlooking our garden!  Future developments could affect the value of your property as well as simply spoiling the views you may have fallen in love with.  A quick check with your local council can usually help you find out whether the land is earmarked for any development.

I know this sounds a little ‘doom and gloom’ when buying a house should be an exciting prospect but I speak from the heart when I say that the last thing you want is to move in and discover a whole host of problems which will end up costing you more money in the long run.  We should have unpacked, redecorated and settled into our new home now but instead we are living out of suitcases in a friend’s house whilst our unforeseen issues get fixed!  And that is definitely not what we would have chosen.