I feel like it’s as good as giving something the kiss of death to say that I am starting a new, regular post on my blog but that is certainly what I intend with A Little Bit Of Us…

I have enjoyed dipping in and out of Morgana’s Little Loves linky each Friday but find that I join consistently for a period of time and then lose my rhythm and this has certainly been true since I began working three days a week in October. For that reason, I can’t promise that these posts will be weekly but that is my aim. My true purpose though is to give you an update on where we are at, and the things we have been up to which don’t warrant their own individual post.

This week, James and I returned back to work (boo!) and the kids went into a holiday club. It was a bit of a shock to the system for all of us following the Christmas break. I don’t know whether it’s because Christmas fell on a week day this year but it just didn’t feel like we had that much time to spend together. Once we had visited my family and James’, we only had a couple of days before it was back to the grind.

It was no fun for anyone come Tuesday morning when we had to leave the snug warmth of the house and head out first thing in the morning; I’ve been drinking far too many cups of tea this week and the kids looked completely bewildered when we headed outside and it was still dark, although I think they have enjoyed being at the holiday club, simply for the opportunity to do something slightly more exciting and with different faces. We were perhaps heading towards that level of cabin fever which sees them bouncing off the walls and falling out over every teeny, tiny thing.

Going back to the weekend, we did manage (James and I) to get out for New Year’s Eve which felt like a major achievement; being the first time in 8 years that we haven’t sat at home, watching the clock and wondering whether we are even going to make it until 12am! We were invited to three different gatherings which we popped into and it was lovely to spend the evening with friends, knowing the kids were being well looked after by their Nana and Grandad.  It’s a terrible picture, I know, but the only one I captured of the whole evening! 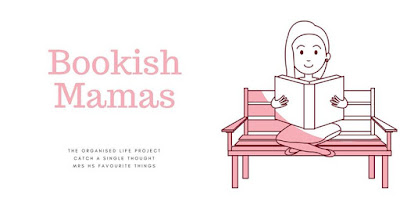 The biggest news this week for me was the announcement of a new book club I am helping to run: Bookish Mamas. You can see the full story here, but we have picked The Power by Naomi Alderman as our first book and I am currently racing through it. It isn’t such a long book to begin with but the premise is very interesting, if a little dark! I’ll let you have my full thoughts in due course, naturally.
This weekend we are away on a review trip in Dorset which I am very excited to share about with you; I’ve been invited to vlog it so there will be a video following once I’ve had time to wade through and edit the mammoth amount of footage I am sure to come home with. Fingers crossed that Storm Eleanor doesn’t rear her head and ruin the plans we have for our time there.

I am also making the solemn promise that I will share some house updates here next week; we are putting some final touches to Meg and Eli’s rooms and then they will be completely ticked off and done and we can move onto other rooms in the house. I’ll also sort out full room tours both here and on Youtube in the coming weeks although I’m sure there will always be bits and pieces I want to add in. The trick is going to be in stopping myself long enough to sort out the other parts of the house which are crying out for redecoration!